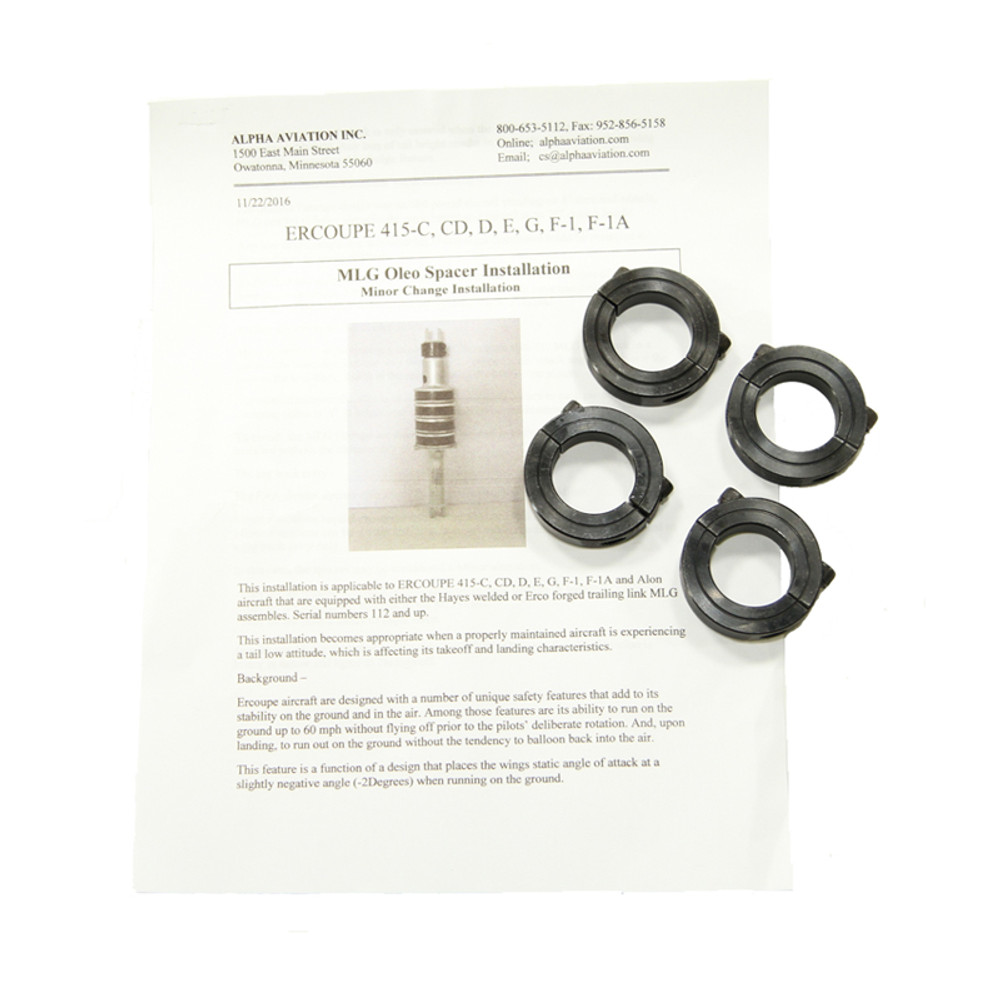 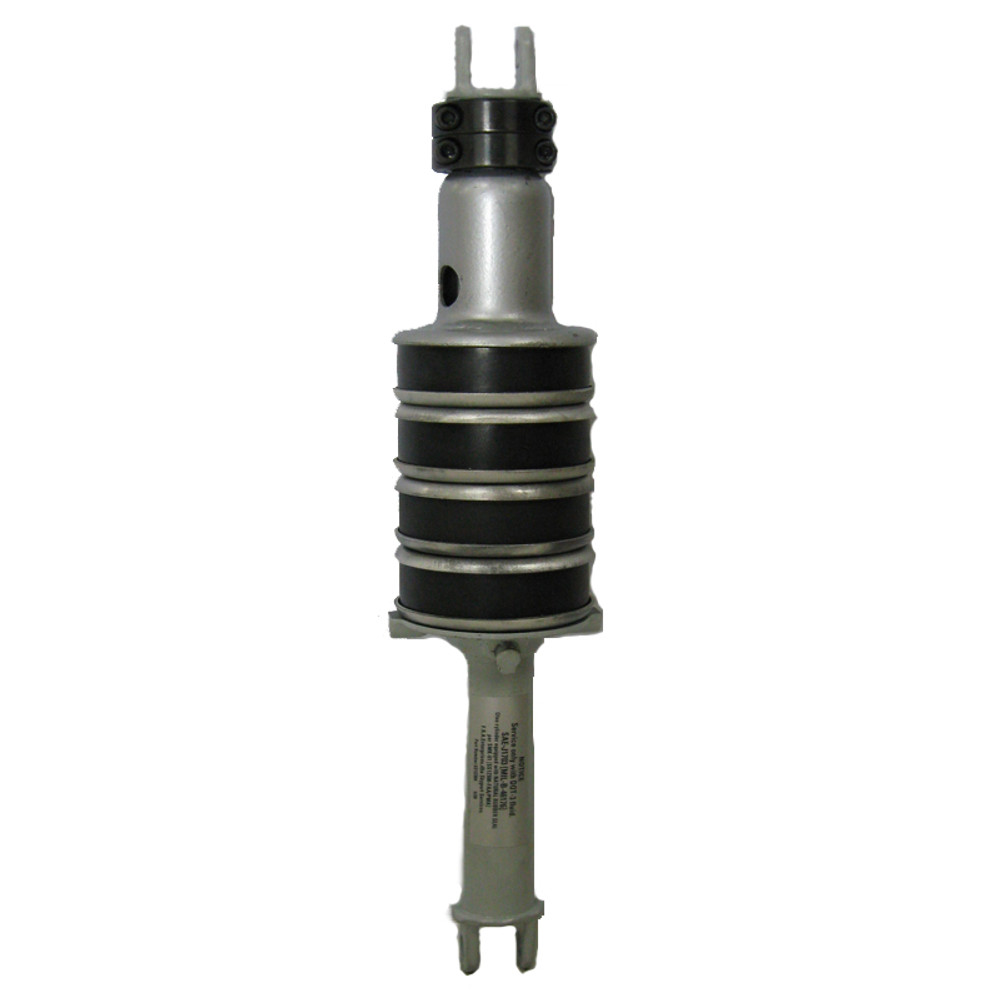 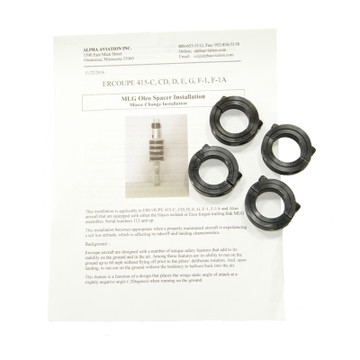 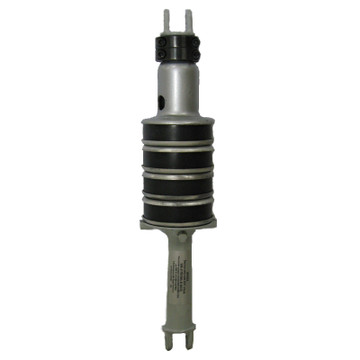 This installation is applicable to Ercoupe 415-C, CD, D, E, G, F-1, F-1A and Alon aircraft that are equipped with either the Hayes welded or Erco forged trailing link MLG assembles. Serial numbers 112 and up.

This installation becomes appropriate when a properly maintained aircraft is experiencing a tail low attitude, which is affecting its takeoff and landing characteristics.

Background
Ercoupe aircraft are designed with a number of unique safety features that add to its stability on the ground and in the air. Among those features are its ability to run on the ground up to 60 mph without flying off prior to the pilots’ deliberate rotation. And, upon landing, to run out on the ground without the tendency to balloon back into the air.

This feature is a function of a design that places the wings static angle of attack at a slightly negative angle (-2Degrees) when running on the ground.

Why has this become a problem worth addressing
The original Ercoupe design was an 800 pound aircraft standing on 4” tires and wheels, NLG and MLG being virtually the same height and the tail at its 75” design height.

Any loss of tail height due to a worn MLG taxi stack doughnuts could be corrected to restore the static angle of attack.

As the fleet has aged, in addition to worn taxi stack doughnuts the addition of dual fork nose gear assemblies, 500x5 nose tires and 600x6 MLG tires have had their effect on the tail height of the aircraft and thus the wings static angle of attack.

Adding spacers to the MLG oleo struts
Many aircraft are experiencing a tail low condition even with the MLG taxi stack in a serviceable condition and one way to restore the proper static attack angle is to lower the stop on the taxi stack, which is the stop collar on the MLG oleo piston,

Our method to lower the stop is to add up to 2 clamping collars to each piston. Each clamping collar is ½” in height and raises the tail by approximately 2”.

To install; the MLG fairings are removed, the aircraft is jacked up and the collars are installed without the disassembly of the MLG.

Major alterations require pre-approval thru the STC or Field Approval process, while Minor alterations can be accomplished by a licensed mechanic and the work documented as a log book entry only.

In this case, the spacers may be considered a Minor alteration;

As with any Minor alteration, each mechanic will have to agree that the alteration is Minor in nature and agree to the sign off.